The funniest things catch and hold my fancy. For days and days a thought can bounce back into my brain. Current thoughts are: I keep finding bobby pins in random spots and it’s so exciting because I need all of them. Listening to dough and how it works because it’s a living breathing thing, though it might seem to be inanimate. The Lumineers and the Pandora station. Ada Limon poetry. Spring thunderstorms. Spring flowers. Using older things for writing, I.E. typewriters, journals, notebooks, fountain pens, etc. the 1930s…. Oh, lastly, morels. It’s morel season. 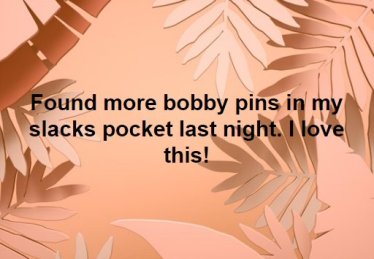 All random thoughts. All unique and almost all applying to writing. Except for the bobby pins. That applies to just my life. I got so excited when I reached down into the pocket of my slacks last night and pulled out three bobby pins and a barrette. I need all of those. I had wondered where all my bobby pins were disappearing to. Now I know. Thank gosh because I used 20 the other day to keep my hair back in place. I thought I was using a lot before. Nope. I have it down to a lot more now. I wrote a Facebook update that was, “Found more bobby pins in my slacks pocket last night. I love this!” A friend thought that made for a marvelous prompt. From a man’s perspective. I think so too.

I was mentally writing about listening to dough, after reading Thomas Keller’s Bouchon Bakery book. Dough, you think of as inanimate, but in all actuality, because of the yeast, it is alive. It may be an organism, but it’s alive nonetheless. So you have to listen to the dough when you work with it. You can’t just force it to mold to your will. Ok, you can, but it might not be that happy. And in turn, neither will you. So the dough I have been working with has been kind of warm and lazy. It just stretches just so, like a person in the morning that yawns and stretches their arms above their head then falls back into the pillows all soft and sleepy…… Then there is the dough that my coworker made. It’s cold, lumpy, and very very grumpy. It’s like Walter from Jeff Dunham. Arms crossed, uncompromising…. a pain in the ass. You nearly have to beat the stuff into submission. Or in my case, I let it be alone for a while to sit and pout. It warmed up enough to be flexible so I could roll it into a ball, in which case, it got all grumpy again and was stubborn. Making into a pizza crust was a challenge later. It kept tearing and not stretching. Gads, it was a pain. 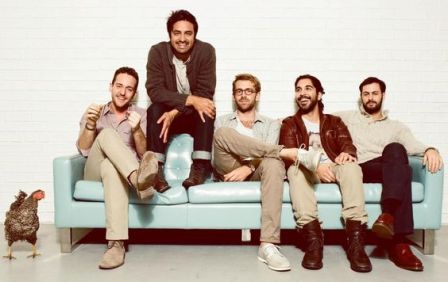 I have been stressed and mental lately. I have been thinking about Wilson Tennu and his issues. Spring storms seem to be so him. I think I had a dream about him recently and I was just a little bit more in love with this broken person. It’s terrible. He’s been in my head, choosing to listen to serious music. Not jazz, per se, though he does love it, but things like the Lumineers and folk music. Or indie music. Young the Giant is one of his new favorite bands. (Me, myself, I’m enthralled with the lead singer of that band. Yum) But he’s been so moody. I pulled out Ada Limon, Kim Addonizio, and Anne Sexton to try and alleviate some of his issues. But I think I need to read some Seamus Heany and Galway Kinnell. They are a nice balance of both of us. Him and I. We are both moody people. Gee, I wonder why. Insert sarcasm.

My father recently had his Remington typewriter fixed and made all shiny and pretty and smooth typing. I now need to have my Royal fixed up so I don’t feel like I’m clumping along with it as it sticks on key b, or bounces out a double space so I have to back up and use white out. Or a red X. But it’s going to be a bit before I can get to that. I have Wilson wanting to type and I have been kind of shoving him off and not letting him. See, I’m too connected to this person. I really should tell him to get a hold of himself, but I also don’t want him to leave. He lets me look at things from a different perspective. 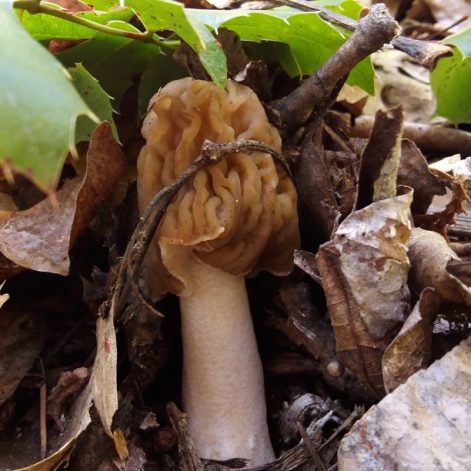 He’d have luck morel hunting. Not me. No, I flopped with finding only 6. Phooey!

Now that it’s nearly the end of my “Saturday”, I should go take a look at the three large books that came in for me at the library, and maybe let Wilson write a little.