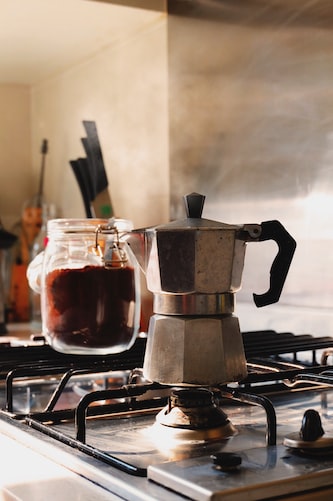 Photo by Eric BARBEAU on Unsplash

She did notice him, though, when she came out of the door, yelping in surprise as he leaned next to the opening. She didn’t have any more time to get out more than the shriek before Gerrit grabbed her clipboard and pen and tossed it to the counter. She watched the pen roll off just as Gerrit’s palm enclosed around hers and he swung her around in a spin. He pulled her close and slow danced with her to a Crystal Gayle song.

“Gerrit,” Hela protested, pushing on hand against his chest and tugging against the hand he gripped. Her heart was pounding and to say butterflies were taking flight in her stomach was an understatement. She shivered as she felt his other palm, quite warm, settle against her waist.

“What?” was his innocent reply.

Hela did not believe a minute of his wide blue eyes.

“Oh stop struggling. You love this song. You sing it whenever it comes on, you always spin around and glide through like you’re on stage.”

“I beg pardon. You twirl,” he teased, then released her waist to twirl her around again, before catching her and dipping her back. She was laughing but when his face was inches from hers she thought in an instate he might kiss her. His eyes flashed to her open mouth then back to her eyes, but he quickly righted her and they went back to dancing, the song now a one.

“You are stressing too much, Helena, he said, using the name no one ever called her, except for close friends or family. She looked up at him ready to argue and deny it.

“Oh, no, you are not going to get out of this one. I’ve been here three weeks, and you are like a time bomb waiting to go off. Or on pins and needles. I’m not sure which, but you know you are doing amazing, don’t you?”

She stared at him. “Um.” She bit her lip. She always felt like she was falling apart. Snapping at line chefs, getting impatient with the pantry girl, ready to throw her hands up at servers who asked bizarre questions. Constantly thinking about the new menu and the changes in flow. She was mentally exhausted and she felt like she was cracking at the seams.

“You are. You’re keeping things running smooth. You’re good, Hel. You’re a whiz at plating, you can take over the line when one of the guys is in the weeds or goes down. Organized, on your toes, you leave me amazed at how you keep things flowing in this madhouse. You’re already better than you think.”

Hela couldn’t respond. She had hoped someone had noticed. Micah had been her person to work with, but even he had sometimes left her wondering if she was as good as she hoped. She and Gerrit worked well together, like she and Micha could. Quiet, handing each other things as they needed it without even a word. Notes on boards were underlined from agreements; they could bounce ideas off each other like two kids playing catch.

“Obviously you doubt yourself too much.” He gave her a chastising look, as he spun them around. “Stop.”

She wrinkled her nose at him. “Obviously you don’t know how my brain works,” was her caustic reply.

“I do. More than you know.” He grinned, his eyes twinkling. “Now, what was that thing about something sweet?”

So part two, mostly because it was a 1200 word document. Thought it might overwhelm you all.  Like I said, I’d like someone I could relate to at night when I close. Currently I can’t relate to anyone. At least on the level I’m at. But one can dream of a dream chef and dream team and someone I might have as a close colleague. One day. 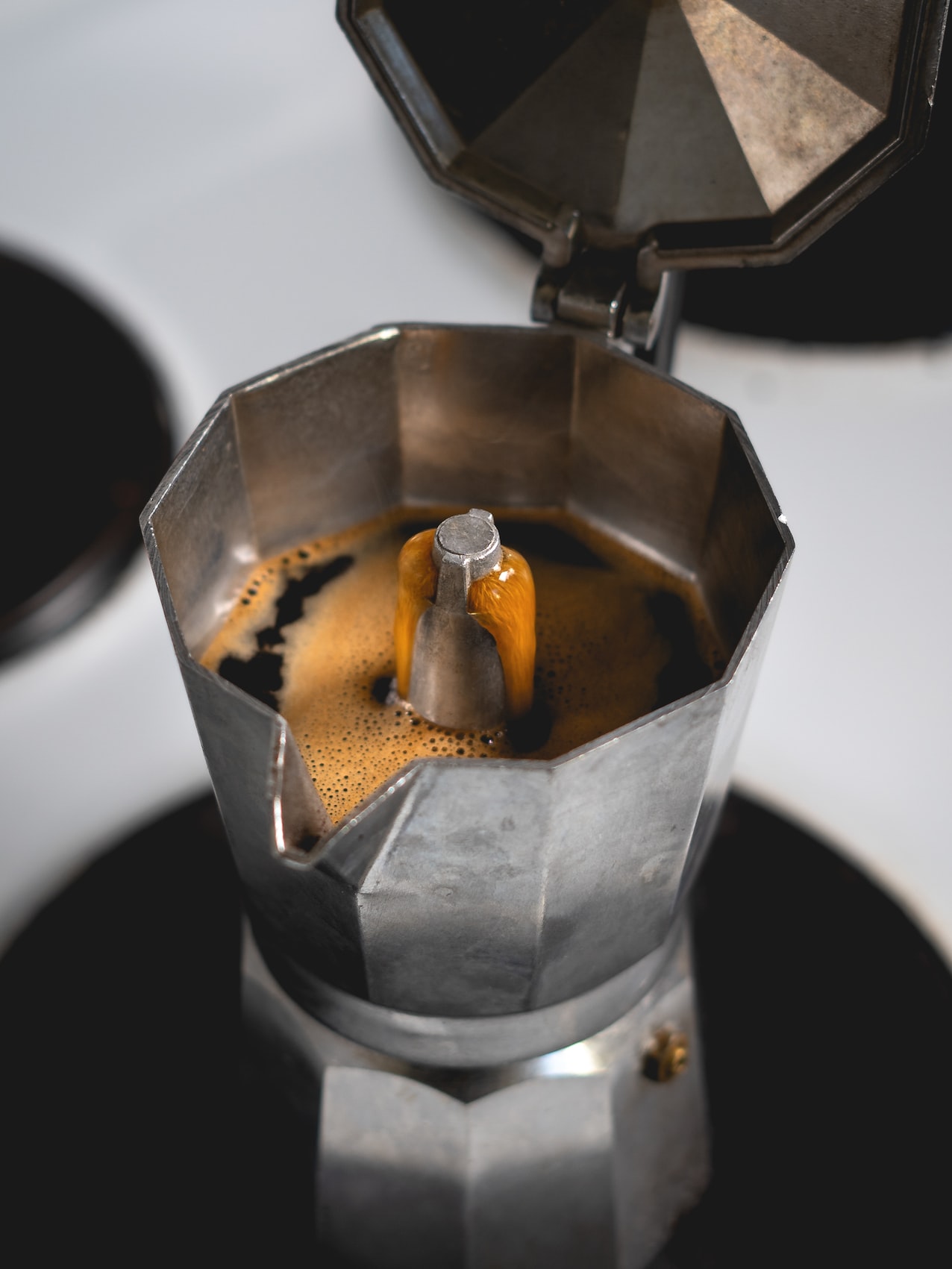 Photo by Shotlist on Unsplash

The restaurant was empty but for Carlos polishing glasses at the bar and Johnboy mopping the front dining while Hela and Gerrit went over new ideas for the upcoming menu. Prep lists, schedules, ordering, and a menu marked up, crossed out and notes scribbled in the margins. A giant whiteboard leaned against shelves on a prep station and occasionally one or both of them would walk over and scribble something else on the entire menu written out in black dry erase marker. The notes were in red and blue; for Gerrit and Hela, respectively.

Hela had teased Carlos into playing something new tonight. The “Bread” station was on and now the two of them were humming and singing their way through 1970s classic light rock. Ambrosia, Dan Fogelberg, Randy Vanwarmer, and other smooth classics. Hela had finally parted from her whites, slipping into a loose white gauze button down, the front tails tucked into her sensible slacks. She’d pulled out the plethora of bobby pins, groaning at the release of tension from all the metal bits biting into her scalp. A sharp pencil replaced the pins, turning her mass of kinked hair into a messy bun, tendrils brushing her cheeks and neck. She’d also snuck into her locker in the office and grabbed her moka pot. She needed something better than the sludge sitting in the pot for the last two hours since the last guests had left.

She hummed to the music as she heated water on the closest gas range and rooted through the lowboy in the pastry section for her hidden stash of Guatemalan dark roast coffee. Fingers tamped down the grounds, a towel to remove the nearly boiling water. The moka pot was back on a low blue flame as she went out to the bar and snagged four coffee cups. She grabbed some spoons, a carton of cream, a ramekin of sugar, then back over to grab the now spitting pot.

She didn’t see Gerrit watching her quietly from the whiteboard. He held a clipboard and pen where he had been marking the garnishes they had in stock and what he wanted to use next. He grinned, nearly laughing when she groaned after running the base of the pot under cold water at a prep sink. She set the pot down on a towel and marched out to the bar then came back with a shot glass. She measured out two shots of rich coffee to three cups, then glanced up in his direction.

“You want?” she waggled the shot glass in her hand and held the spout over it.

She poured two more shots and added them to the fourth cup.

“Carlos! Johnboy! Espresso’s up!” She had more water simmering on the stove and she topped off her cup with that, adding a pinch of sugar and a very light dollop of cream. “Fix yours how you like,” she directed at Gerrit.

She stirred her cup while she watched Gerrit add a generous spoonful of sugar and only a splash of water. She made a face when Gerrit downed half the cup. Carlos came through the swinging doors baring a tall highball glass of peach effervescent liquid, a lime wedge suspended between the ice cubes. He handed it to Hela who tilted her head in thanks.

“Bitters and soda,” She clarified. “I mix my drinks.”

Johnboy and Carlos fixed their coffees and headed back out to the front of house. “I’ll have something sweet in a while,” Hela called after them, Johnboy grinning at her statement.

They went back to their notes. Carlos changed the station and a Juice Newton song played Hela didn’t see Gerrit watching her as she hummed and swayed as she wrote things down, stopping for random sips of coffee and her soda water. Nor did she see him grin as she sang a few lyrics and swayed her way into the produce walk-in…..

I was missing work the other day and I had this thought about how I’d love to have a good moka pot at work. A nice Bialetti, for when the sludge in the pot has been sitting for hours. Normally I use the French press, which is fine, but it’s still not quite like how I like my coffee. I’d love to have a nice Chef at night that I could work over prep, orders, and ideas, and drink a good cup of coffee. But no one I work with appreciates coffee at night quite like I do.  Oh, and part two is in the next post.

Oh, and if anyone notices my conflicting verb usage, would you please point it out. I have issues with passive voice. Bleh, and mixing my verbage.