This last week led to a new guy in the kitchen learning the ropes. But one little irksome thing kept happening to the point where I let it slide then, but won’t now. I do not need a guy telling me to quit yelling when I am just showing him the basics and my voice is normal level. Trust me, he was not doing it to the guys in back. And it started pissing me off. If it happens again this week, well, I’m going to pull a Hela on him.   Pardon the F-word in here a couple times. It’s the only way to express it. 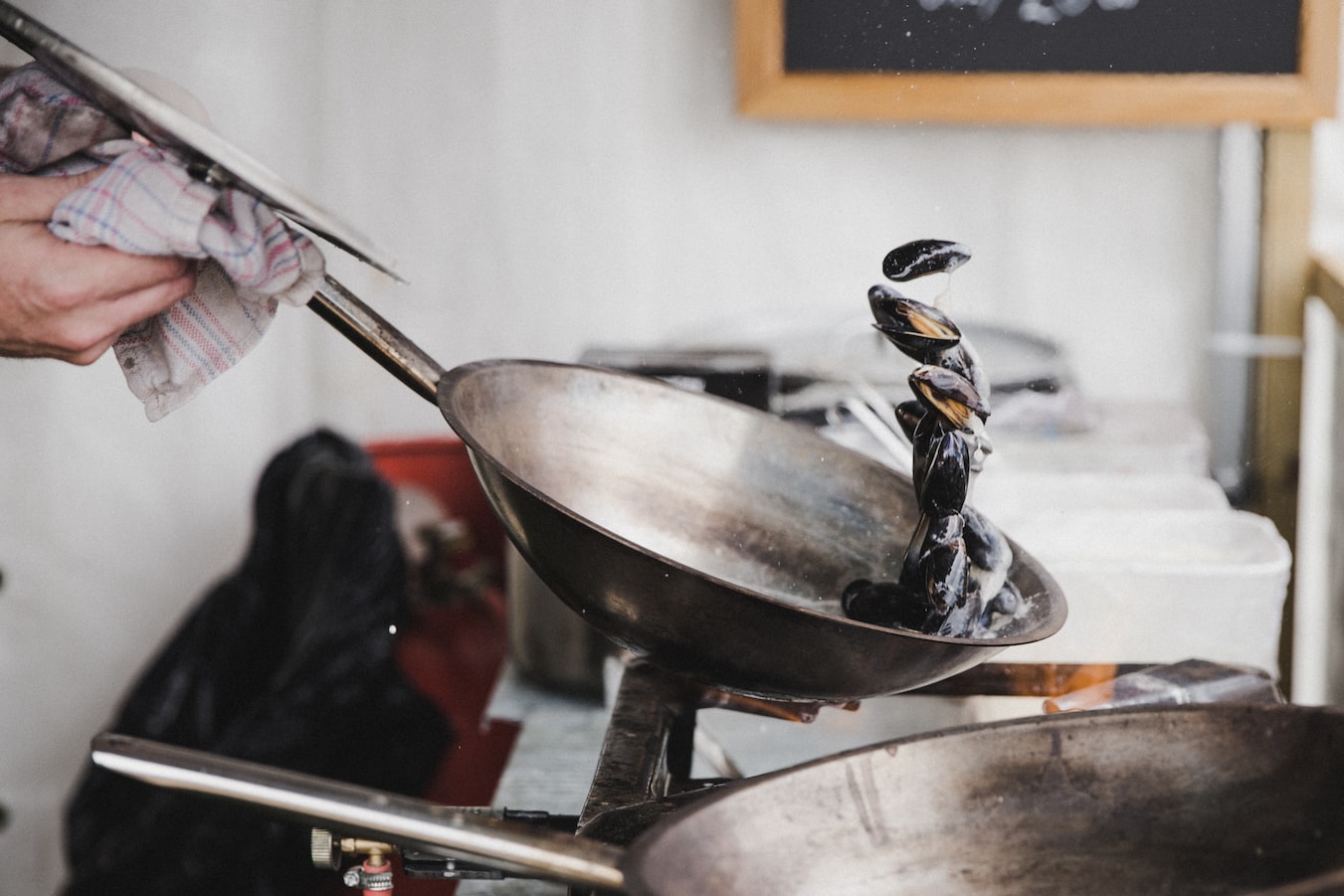 Photo by Margo Brodowicz on Unsplash

“Here, like this,” Hela said, showing the new guy how she wanted the pasta coated in sauce. “Then add a dab of butter, a bit of salt and pepper, and finish with the chili flake.”

“Okay, mama, no need to yell. I got this,” Sean soothed as if trying to calm down a child.

Immediately Hela slammed the saute pan down on the burner. Dima, who was watching Hela teach, glanced down at the smaller man and arched a brow. All around, the other stations got deathly quiet, everyone staring, while Gerrit eyed the situation from the other side of the pass. A ticket printed on a machine, but no one reached to grab it.

Hela pulled herself up to her full five feet three inches and stared coldly at Sean. “I highly suggest you refrain from telling me to not yell when I am talking to you calmly. I let it slide last week cause you were the new guy, but I can bet that you have not said the same thing to any of the guys. Do not do it again.” Her voice had dropped lower with each word till even Dima was backing away, shaking his head sadly at the new guy. Hela loud was one thing, but Hela quiet was a nightmare dressed like a daydream.

Sean put up his hands and backed up on step. “Okay, mama, calm down, I was just kidding.”

“Get off my line,” she growled. He didn’t move. Hela stepped into his face, his height and hers identical. “Get off my fucking line!”

When the man still didn’t move, like a wind up toy, everyone moved into action. Dima stepped around Sean and slid between him and Hela. Dina gave Sean a nudge backwards and there was Marcus, clapping his hand over the man’s shoulder to drag him off the line. Gerrit jerked a finger at Marcus and like a firing squad, the three men marched back to the Chef’s office.

Dina reached down and dinged the bell in Carlos’ code before glancing a Hela. She was practically vibrating, the anger dripping off of her in waves of heat. Her face had gone brick red and he could see her eyes were going glossy with unshed tears.

Carlos banged in through the swinging doors his mouth open to ask what.

“I need a Hela bitters and soda and a separate orange juice now,” he ordered, then seeing as Hela started to crumble, pulled her into his long frame and he felt her sigh. Carlos was out the door in a flash, banging them as he slammed through. “Boys, watch the line, do not fuck it up. I’ll be back in a second.”

Dina turned Hela towards the walk-in and marched her inside. They could hear muffled yelling coming from the office that faded as the door closed behind them. Hela stood there willing the tears to fade.

“Hela, breathe,” Dina ordered softly. She took a shuddering breath in. “And again.” She did as was told and he saw the semi relief hit her, along with the cold air. Her flushed cheeks faded a bit. “Stay here, I have to go finish that ticket.” He looked at her sternly and she nodded.

Dina slipped out the door and glanced back at the office to see Sean slamming out and ripping off his apron. The apron was wadded and tossed into the dirty towels bag before he slammed out of the door into the late afternoon sunlight. Marcus and Gerrit followed at a more sedate pace.

“Another one bites the dust,” Dina noted and hurried toward the line calling over his shoulder, “she’s in the walk-in. Carlos is getting orange juice for her.”

Marcus headed towards the doors and caught the drinks just as Carlos stepped back through with the two glasses. “I got her,” he said calmly. “You get the line,” he said to Gerrit.

“You sure?” Gerrit, while having figured Hela out, was still a little unsure how to handle her like this. This was the first time he’d even seen her yell.

“I am. You can talk to her later.” Marcus opened the walk-in and saw Hela organizing. “Come on babe, outside.” He handed her the orange juice first and let her proceed him out the door into the sun. She downed the juice and he handed her the second glass. She sipped it through the straw.

She nodded. “Thank you, Marcus.”

“Anytime. Are you going to be able to finish the line?”

“Good. Finish your soda, and head back in. I’ll take over till you come back.”

“Oh and the new guy,” Marcus said poking his head back out the door, “he’s gone.” He made a finished sign with his hand and slipped back inside.

One can dream the idiots are swiftly removed from the mix. Miss Holly, do not go repeating this. I’ll deal with said idiot this week. As Toni says(one of our ladies), “girl, you’re evil”….. I’ll deal with the little boys, the idiot men of my life. As Twin Bear used to say, “I am a strong, independent woman, who don’t need no help from any guy.” Damn straight.