The notebook of memories

I was flipping through a notebook I started early on when working at my restaurant. I found it in a stack of things I was going through. I’m not sure why I stopped writing in it other than for the reason of insane frustration that started being recorded in another book titled ‘Night Shift Notes’. My nights have never been that crazy, but if something of note comes along that is important, I record it.

There were some absolutely lovely and funny moments I wrote down in this glittery notebook, and I honestly need to pick it up again.

This is from July 2018:
“The days are calmer with less stress on everyone, so it seems. Nickelle is still a nutcase and is having too many issues, so she freaks out, and doesn’t know what the fat she is doing most of the time. Poor Chef is like at his wits end with her.

I can do the tart dough just fine. The roulade cake alludes me still.”

Ah Nickelle, she was an interesting one. And Coffeeman came into a world of crazy at the beginning. Her, Lucifer, Wildflower. These were the days before Will Turner and me up on pizza. I was a lowly prep chef. Tackling desserts, but the gopher. Golden Oldie has moved up to pantry, out of dish, and now he’s the new gopher. I don’t envy his job. Laughing.

Here’s another gem from July 2018:
“But I must go back to Saturday. Dinner service was starting and Chef, Twin C, and I were busy with Sunday Prep. I think NY Lady (she is our everything manager) was in and out. Then Lucifer called for all of his squirt bottles to be filled and he was impatient and I was rushing to try and fill them. One I started filling with white wine vinegar instead of white wine and the Chef had to stop me, thank goodness. But Lucifer was super impatient and went and got a bottle himself. Then I went to fill his saffron bottle and said I had to go get the saffron on Chef’s desk, and Lucifer snapped at me that it just needed Hot water!
I went back to the prep sing and slammed the top on the sink and must have let out an exasperated sigh because Chef turned to me and told me to tell him “mise en place!”
“What?”
“Take the bottle back to him and say ‘The Chef says mise en place mother f*cker!”
“I can’t say that to him.”
“Yes you can.”
“But he’ll come back at me.”
“No he won’t. Fill the bottle and I’ll be right behind you.”

So I fill the bottle and walk back up to Lucifer and present it with both hands and say, “Lucifer, Chef says mise en place, mother f*cker.” Lucifer looks at me, then glances behind me and says, “Yes Chef.”

And that was that. I didn’t know till later that Coffeeman had stood behind me crossing his arms where his favorite statement “Mise En Place” is tattooed across both arms so they connect when he crosses his arms. ”

To this day, we still all remind each other to “mise en place!” It’s probably the highlight of one of my memories of working with Coffeeman. I may have talked about it in the past, but I can’t remember. I’m just glad I wrote it down.

Those first months were probably the best time of my job, though this last year’s July and August with Coffeeman on pizza were a dream. 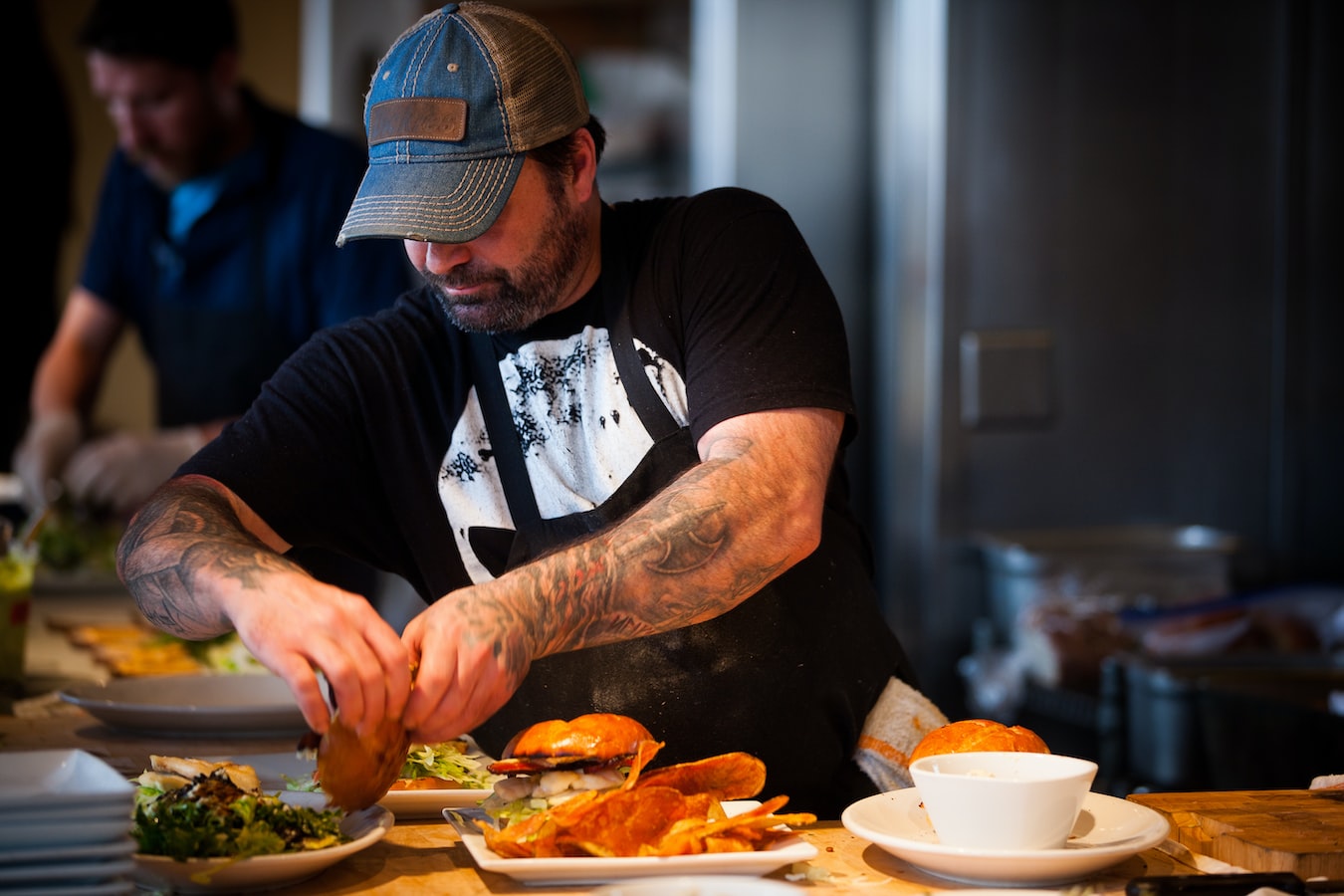 Photo by Jesson Mata on Unsplash

For some reason all of these memories had me remembering my panic attacks that were happening later that year when suddenly I went from being behind the scenes to being out in front. And just the overwhelming feeling of not getting it all done in time. I had a sugar crash yesterday while making lunch, and I’m freaking out because my brain is on zero function, and I’m thinking “Gosh, I do this all the time with the added stress of not being able to get something to eat because I have ten tickets up on my board.” I needed my Hostess Extraordinaire with her glass of Pepsi for me!

I miss work like crazy right now. I have not accomplished half of what I wanted while home, but I’ve got a start. If I could just not collect books…. as I consider ordering a couple I wish I had right now. I need help people.

These are just some musings from pulling out a notebook. I have some good poetry to type up here too, I just haven’t taken the time to post it.

Whoops, I went back and started reading other posts about work. They all make me smile a little ruefully, tear up a little cause I still miss Coffeeman too much, and roll my eyes at myself. At least I can laugh at myself.