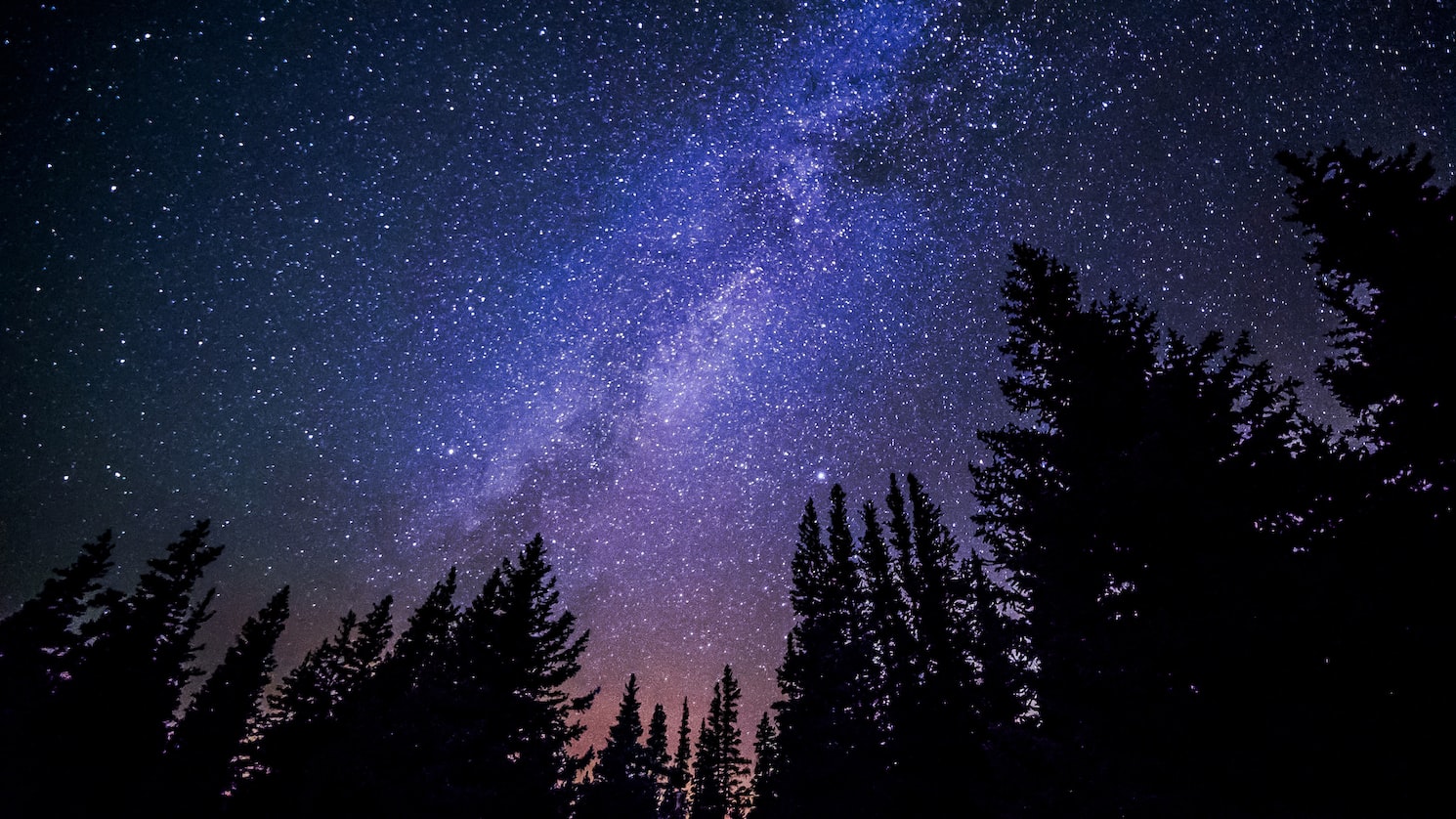 Photo by Ryan Hutton on Unsplash

“Don’t make me come up there,” he bellows at the sky. His face is murderous, the scowl etching deep lines into his forehead. The frown isn’t visible on his mouth as his thick beard covers from nose down.

“Darling, who in the world are you yelling at?” comes the soft, and slightly worried question from the woman leaning out of the sliding glass door. The light behind her casts her in an elegant silhouette and the burly man glances back at her, his scowl softening slightly.

“The damn twins are arguing again,” he mutters, jerking a thumb upwards towards the scintillating star-studded black sky framed by tall conifers.

The dainty woman arches a fine brow and glances upward. She doesn’t hear a thing; the forest is so dense and thick she can’t even hear the lake that is just a couple minute’s walk from the glamorous mountain home.

“I don’t hear anything,” she finally says, holding out her palm for him to take. He reaches out and his hand engulfs her, but he allows her to tug him back to the warmly lit interior. He gives one more ferocious glare back at the “silent” sky, then follows her back inside, sliding shut the door and pulling the blinds closed.

“Now where were we before you decided you needed to go out and yell at the sky?” she teases as she hands him back his half-drunk glass of wine and picking hers up as well.  She sinks into the sofa and tugs him towards her.

“When Cass and Pol start arguing, no one can hear a thing,” he mutters, settling down next to her.

She just shakes her head, not having a clue who he is talking about.

But how is she to know she is sitting next to a god?