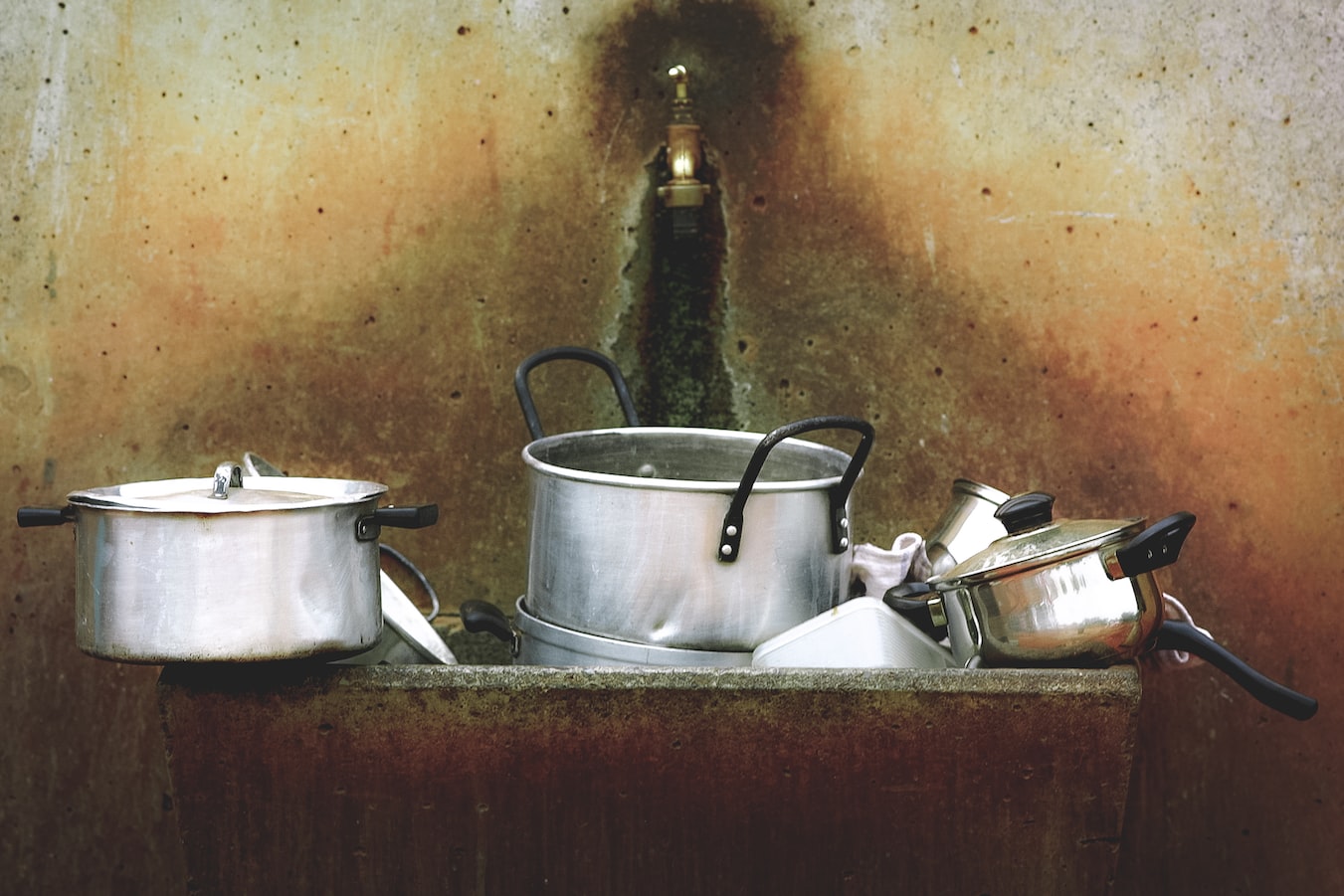 Photo by Scott Umstattd on Unsplash

The open sign is down. The dining hall is still full of people and orders are coming in, but most of it is limited to me and desserts in back. The boys have started cleaning and Mixologist Man has started doing his form of a last call, though he’s still pouring beers and whatnot. Soon the scrubbing will begin.

In the kitchen, our dishwasher is tackling as much as he can get done before we are all piling everything into the pit. (I haven’t come up with a nom de plume for him yet…) I start taking back wood paddles and anything that I know I won’t need the rest of the night. If I’ve been lucky enough to have had a relatively quiet Sunday, I may have already flipped all of my mise en place and washed out my refrigerated station. Those are good days. But today, instead, I focused on the walk-in. Downsizing cambros and clearing out the old. Tossing weird things with no label or date. Definitely tossing that goat cheese sauce from a month ago with fuzzy little black blobs across the surface. Yeah, that ain’t penicillin.

The walk-in is a general source of aggravation for me these days. No one downsizes anything. And I do mean no one. Some people might think they are, but most of the time they are just moving containers around or redesigning what they think the walk-in should look like to them. Please don’t. It’s been set up with what works for a year now. I know how it works, people know how to find things that way. Do not, in your small mind, think that you are helping people by changing everything.

The walk-in has been my baby since day one when first Chef tasked me to put away the entire produce and dairy order. And this was before we were allowed to put things in bins. I might not have had it perfect, but I slowly learned to play Tetras with containers. Most cambros stack on each other quite well and there is a method to fitting them so they work. Coffeeman was pretty excellent in downsizing the walk-in too. The one time I downsized it right after he did made for an interesting next day when he couldn’t find anything…. Poor guy. Over-zealous does have it’s disadvantages.

So this Sunday, walk-in was fixed. I’m sure I will have to do it again this week, but at least I feel like I got somewhere. So instead of flipping and cleaning my station, it waited till the end. Out comes the bucket of sani water, piping hot and ready to scald even the toughest hands, rags, and new 9th and 6th pans. Flip, bang, reverse. Empty container, new one off to the side with mise waiting in it. All 19 pans are flipped excluding the ones that got filled that day with new ingredients and new pans. Wash out the entire top station and bits of debris. The underneath refrigerator gets organized and wiped down. Pans are wrapped. Dated, labeled and set up for the new week.

The entire area gets swept down, like it does every night, but a few extra areas like under the wood where the dirt drops down. The wall is wiped down where the flour has sifted through the week. Tomatoes are taken off the ledge. Oil bottles wiped off. Everything gets straightened. Sometimes I might sip a glass of beer while I clean, provided all the guests are gone. Tonight, they are not, so I drink cold water. A lot of it. Because no matter how much I drink, it’s never enough to stay hydrated.

In the back, the dish pit is a pile of so much that there is another guy playing ‘catch’ when the dishes come out of the automated dishwasher, Betsy. Other stations have been wrapped and put away. Other stations have been washed down. The grates over the stove area are scrubbed, or have been throughout the day. Garbage bags are combined and taken out. It’s not really anything that we don’t do throughout the week. In fact, it’s pretty much the same thing with only some extra added scrubbing in certain areas.

The fish is iced, things are wiped down a tad better than the rest of the week. This is the night the floors get sprayed down with hot water. If they are really grimy, maybe some Orange Force or degreaser. Out in front Mixologist Man is offering up a jar of celery for anyone to munch on. Why? It’s tradition. It might not last through the weekend and it just is what we do. I usually have several pieces because I feel like I haven’t had my greens throughout the week. Besides, it keeps me from indulging in a soda. Okay, so the giant pancake with the side of syrup was just as bad, but work with me, I’m tired. I need sugar.

This week the music is subdued. Kind of 80s, but most of the time we put on Ke$ha or something super bouncy. Belting it out as the volume is turned up a tad more. The lights go on full blast out in the hall because most of the servers sweeping like to see. This week, I turn them up so I can see all the areas I might have missed in my station.

This week I am out by 9pm. That’s actually pretty good. I stayed a little longer to organize the cambros and dough bins that have gotten mixed up again. I could have been out by 8:30, but I need some organization. It’s only after I head upstairs to put away a pan that I find out I am out of dough for the week. Groan. Why didn’t anyone tell me they pulled the last bin?! Fortunately I have enough dough rolled to start off my week, provided Astro D can make dough at the start of the week.

Seriously, I need a drink now. Okay, no, I really don’t NEED a drink. I just want one to relax with and wind down. It’s been a long pain in the behind week. People have been rude, on my nerves and I’m just really tired. Mixologist Man and I leave the two behind to finish out the kitchen, dishwasher and prep person. We make our way across a completely dead street in a nearly completely dead town. It’s Sunday night, just after nine and only the one brewery/pub is left open. One quick round and I’m off to head home. Wash away the grime, slip out of kitchen smelly clothes and call it a day.

the one place still open

See you next week…

It’s only two days away, but well, such are weekends.