A sudden rainstorm over a two day period came and blew out the heat and summer dust. In a few days the summer smell went to autumn, or early autumn, in a flash.  Step outside to gorgeousness and sweet air.  It’s been a minor perfection.

Work has kept me at a constant spiral of in, out, split shifts, late nights, huge workloads, and a constant ever present desire to write when I can. Even a few words. An older gentleman who has heard my work asked me the other day if I was still writing. He’s so sweet. Yes, I am still writing. A lot more than I thought I could while being this busy, but also a lot less than I would like. Time is much more precious. Reading too. I read this amazing retelling of the Hades and Persephone story. Very adult. Very good. I love Greek myths, always have, and retellings are fun. I found Lore Olympus on Webtoon, which I had seen some of the art on Pinterest, and it has been another delightful retelling. Modernized. I would love to read more retellings. 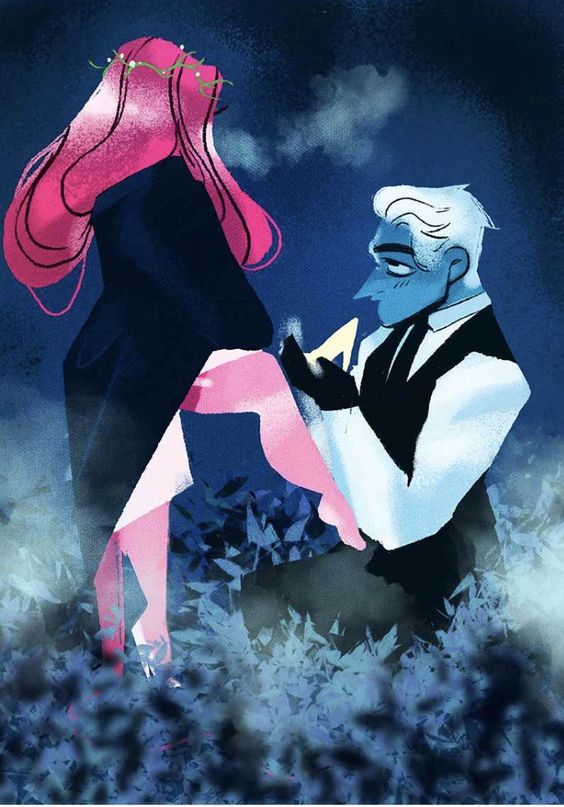 A Touch of Darkness by Scarlett St. Clair

I’m on the hunt for more fun retellings of other Greek or Mythology  stories.

Wilson Tennu has gotten a few more words out recently, which as been nice. I like how I’m able to step into another frame and write about him. I had to get over some road blocks with him.

Just like I recently picked up a novel about the Sierra Nevadas I started a couple years ago. I finally knuckled down and came to a point where I have been trying to get to, and now have some basis, and plot points. It is a huge event for me because I write by the seat of my pants. Though at least with this novel, I’m taking a novel I already love and have read multiple times and rewriting it to be like what I want as I always found some fault. I’ve changed the setting and the theme some. Instead of a harmless mistake of scheduling, this is an actual setup of two people by the sister of the girl and her husband who met the guy and is a friends. Guy and Gal hate each other from a work standpoint, but well, things change. Surprisingly, Instagram is what helped take this novel off because I could find pictures of the place I was writing about, since I live 8 hours away these days. I grew up there, but haven’t been back in a 20 years. So I needed a bit of help.

I’m going to include a few lines of a Wilson Tennu poem I’m working on. It’s nearly finished, but not quite. I was inspired by Greek Muses, muses in my life, and tarot or oracle cards. It’s from Wilson’s POV

I watch her shuffle the large deck of cards
cutting, rotating, shuffling again.
She has four decks, one classic,
the other three are one’s she lovingly stroked
then tapped rhythmically with her pearl varnished nails.
It’s a height of summertime kind of day, and she,
she’s an oracle, Delphi would admit her in an instant.
A grass heated breeze blows in through wire screens,
wild florals and sweet wild oat turning tan and gold
as July slowly bakes on, lazily spinning the ceiling fan,
around and around, and she sits in the middle of my bed,
her legs crossed under her white skirt spread out ,
her blonde hair snapping out impatient like;
Electricity flows through her veins and lightning
flashes in her ever changing sea and sky blue eyes.
“Y know I’m no good at this,” she sing-songs her words,
shaking her head bemused, flipping a card over with a small frown,
two little indents forming between her brows.
She and I had joked about a reading, answering existential questions
as we sang our way through the breakdown and mopping
when she’s as put together as any chef should be.
As unlike she is now, all Greek muse like,
humming her approval of one card I pick
consulting her books at another,
and our glasses sit, sweating pools of water rings
on the wooden table, forgotten in the moment.

5 thoughts on “It’s A Little Bit Greek To Me”