Intro: Gosh, I love being a writer. There I was sitting at a coffeeshop in Ashland, Bloomsbury Books, to be exact. I was finally eating something that was staying down and calming down after feeling lousy most of the day. I sat there with my cafe au lait watching the goings on and decided to do a character sketch/profile which morphed to a bit of flash fiction. Note on subject. It is modeled after aspects of my life and people in my life and even some emotions I’ve felt, but no one will know which ones are true or made up. The prerogative of a writer. We embellish. So if anyone reads this, IE boss or friends, remember. I am first and foremost a writer and dreamer.  Everything can and will be used in my writing. 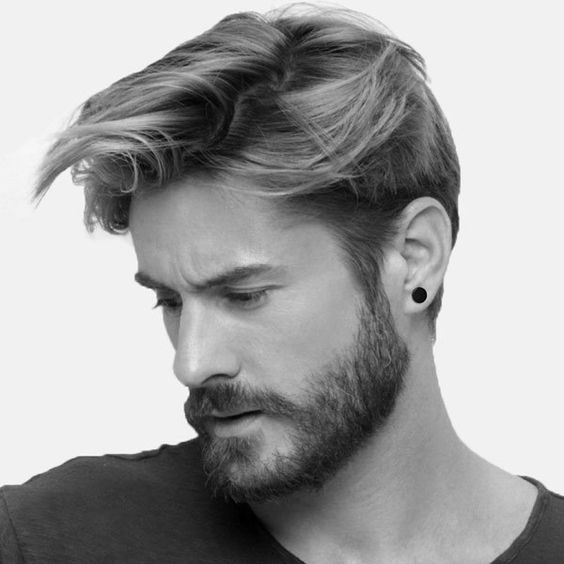 He wore a brimmed fisherman’s knit cap, dark and dingy hoodie, converse tennis shoes, thick frame Elvis Costello glasses, anyone could have taken him as a hipster or college student, but for the gray invading the scruffy week’s stubble and curls in the dark hair at the base of his neck. Writer, she mused. Had to be with the pen and spread paper. Or maybe one of those cool professors.

“Or maybe he’s just doing the crossword puzzle,” Micha said over her shoulder nearly making her shriek at his stealthiness. He had slipped up behind her and glanced at her notes before his devilishly deep, rich voice crawled up her spine.

She sighed as he came around into her line of sight and she tried to calm her racing heart that had decided to go galloping around in her chest. The damn man loved to scare her. And he was good at it. And it really was a shame that he was taken. As much as he killed her sanity daily, was like an older brother and all, that didn’t mean she didn’t have eyes.

Micha was edgy. She was not. Not even close. He was this perfect combination of soft planes and hard edges. The glasses softened his face, when he deemed to wear them. Today he was. Rimless rectangle lenses and tapered black temples. Spiked hair. He must have been playing in gel, she noted as he slung off his leather jacket and ordered a double espresso latte.

Hmm, diamond studs in his ears; must be going out with his wife later. Lucky girl.

She was only slightly jealous. They would have never worked as a couple, being too alike in moods, vices, interests, and even irritations. Plus, she loved Elle, his wife of 6 years. Two point five kids, a dog, house….yeah he had it all. No, she didn’t want him, she was more jealous of the dream. Oh sure, he was nice to look at, quite nice, actually, and one of her best friends. She was oh so good, she wasn’t dead. He was easy on the eyes.

“He’s doing the crossword,” Micha smirked as he sat down across from her with his first of many coffees of the day.

She stuck her tongue out at him. “Smartass.”

“Better than a dumbass,” they both finished together, and while he chuckled, she rolled her eyes.

“Scrub out the walk-in and organize the freezers.”

“What? You knew it was coming.”

“I seriously do not have enough caffeine in my system for this.” She raised her hand to signal the young guy at the counter. ‘Joe, better make me another. It’s gonna be a long day.” She pulled out her notebook and started making lists.

“We could just wing it,” he supplied casually.

She arched her left brow at him and tilted her head down looking over the rim of her glasses.

“You are way too chipper about this. What should I be afraid of?” her voice was filled suspicion.

“The produce order comes in at noon and the beef order at 3, and I kind of want this all done before then…”

“I know. Want to get started?” He grinned.

She could smack him….

So, enjoy. This was a fun bit to write and fits into a cooking novel I am plotting.