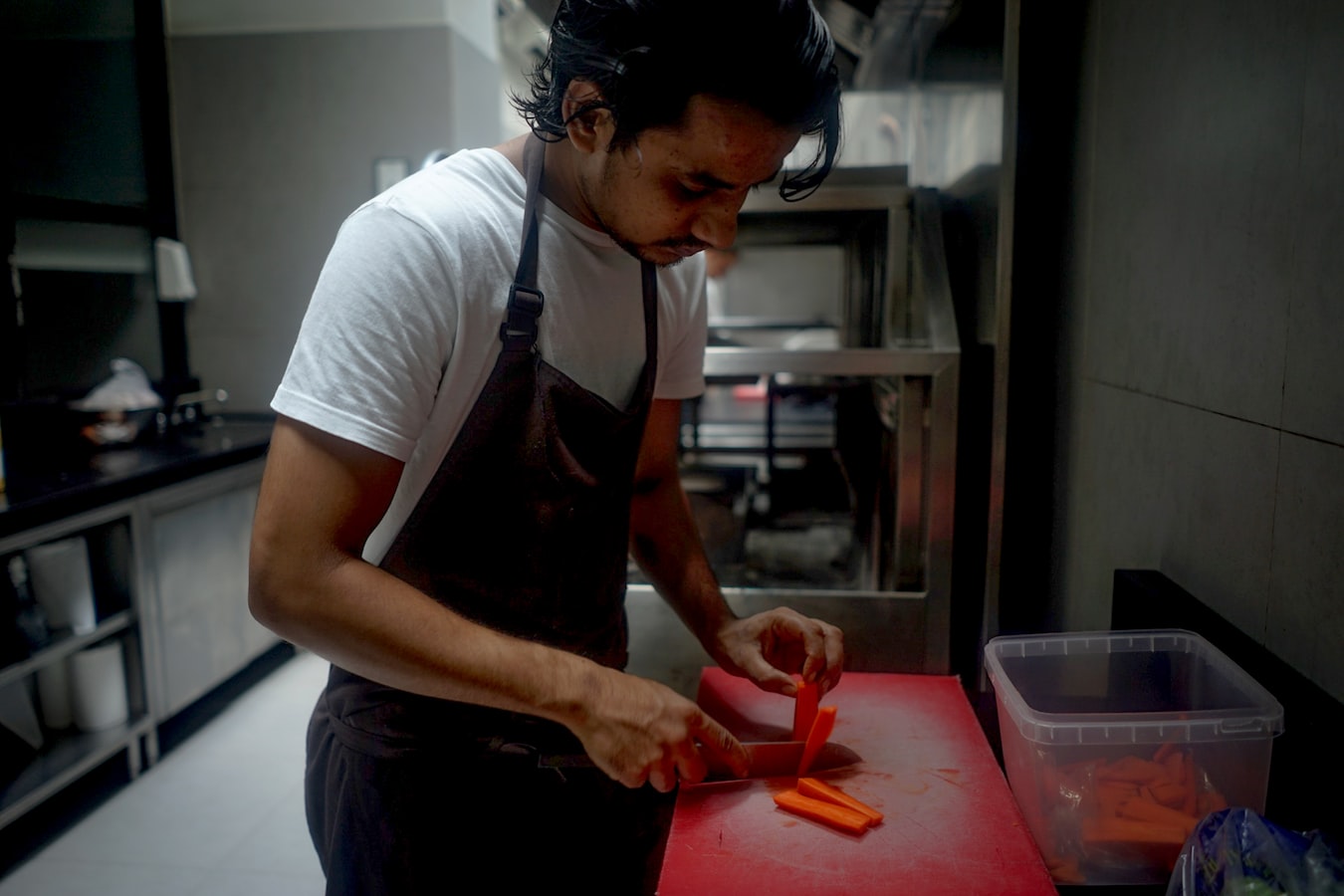 Photo by Aaron Thomas on Unsplash

“If you don’t do your prep you don’t have a kitchen.” Wise words from Mrs. B tonight, as I discussed who was good on prep and who wasn’t.  We all do prep. Well, most of us do. There are a few that don’t do as much as others, and some who refused to do prep, and a few now who run around like a chicken with their heads cut off saying they have so much prep but not doing their prep……but we’ve all done some prep.

I got my start in this job as a prep chef. I worked the pantry (salads and such), but most of my day was prep work. Back prep work. I have done a lot of cutting, sous vide, sauces, baking, etc. All I did at the beginning was prep. And walkin duty.

You have to have your prep to have a fluid, well oiled kitchen. In my restaurant, just about everything is made in house. There are a few things here and there that are not, but these days, thanks to Coffeeman and his love of all things house made, we house make everything. The only thing right now we don’t do is bake our own bread (though the focaccia went through the summer just until the menu switch){and to do that we need a full time baker and another kitchen practically} .  Everything else we do.

Stocks, dressings, soups, sauces, dicing, slicing, cutting, grating, zesting, baking, rolling, forming, stuffing, shredding, and the list goes on. I come in every day and the first thing I do after I clock on is to check our white board for what needs doing. Our prep lists are usually pretty thin these days when I get in because the kitchen is so organized I don’t find myself bogged down with prep that wasn’t done in the day, because, shock of all shocks, Coffeeman is right in the thick of things with prep. He does so much prep work. He doesn’t stand around BS-ing  and saying “Oh I have so much to do!” but then not doing it. He actually does it! (unlike a few previous employees, and a few previous ‘chefs’) That man works so hard.  And we all do prep.

“We are all dishwashers, bakers, prep chefs, etc.” Coffeeman always says. He’s right. While I’m not the dishwasher, I do find myself doing dishes when we are busy, or now when I am alone in the kitchen on my days of baking. We all do a little bit of this, a little bit of that. Tonight (this is several days after I started this post….[come on K, get your but in gear and finish these GD month of day posts!]) Chef sent our dishwasher home early so he could catch a break and the kitchen was left to William, T-Bear, and me. So while T-Bear went on lunch, I cleaned up the back prep area and found myself running silverware and dishes through the dishwasher. I don’t mind it. Why should I?  The job has to be done, be it mopping floors (which I did) to making a pizza (which I also did). It’s all about running a smooth kitchen.

Prep may be boring to some, but without it, you cannot have a functioning restaurant. Astro D has moved to days and is in the thick of prep, and he loves it. I love coming in and hearing what he did during the day. He’s getting to make soup! And he’s thrilled. And I’m thrilled because I come in to work and I don’t have prep waiting to be done. It’s done so I can tackle things that are for what I do. Like making sure my station is all set up. Now if only I could remember to actually finish…. I forgot to check some things tonight. Whoops.

It’s this giant clockwork of a machine. And prep work is one of the largest cogs in this wheel of a clock of a restaurant. (hey, that would be a cool start to a poem)