I just wrote about icing your mussels the other day. Sad day today, as 3 pounds of mussels drowned over the weekend and didn’t make it.  Such a bummer to open up the reach in and find shellfish sitting in water.  So there I was this late afternoon sorting through good mussels (closed up) and drowned mussels (open and not trying to close when you squeeze them shut, in fact, springing back open)

I found myself thinking of Alice and Wonderland with the story of the Walrus and the Carpenter. I’m rather fond of anything Alice and Wonderland, excluding the books, (I have to read them now that I’m older and can handle more classics) and the part about the oysters, while sad, is incredibly catchy. So okay, we’re not dealing with oysters, but still…. 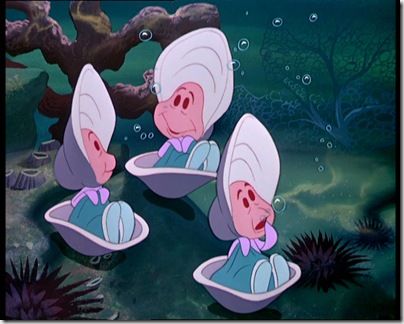 Tweedle Dee:
But answer, there came none

Tweedle Dum:
And this was scarcely odd because

Both:
They’d been eaten
Every one!

So of course, these poor dears were eaten, but still, dead is dead.  It’s a shame the mussels and clams are not good anymore because of improper care.

A few open clams, gotta be tossed too.

It actually irks me. I know it irked Coffeeman with his texts back and forth with me today. In fact, I sort of laughed because he literally phrased things how I would have had I been saying them. Yep, I just looked again. Clearly the two of us think alike. Weird. Cool. Eh, what am I saying, we both listen to Backstreet Boys and like it… And I know, weirdly off topic….You all know I am apt to digress easily. It’s the ‘Squirrel!’ in me…

I like things done properly. I have made mistakes in the kitchen. I get that. We will all make mistakes, but when it comes to a product being wasted because of ineptitude or lack of care, or for whatever other reason it might be, it irks me even more. Le sigh. Let’s hope that it doesn’t happen again.  And a side note, dead mussels or clams do not smell good. Bleh.