I like listening to music in other languages. French is a huge one, but Spanish runs a close second. Probably all due to Enrique Iglesias. But there are other artists that I like two, Fonsi being a new one. I can’t say I have a lot of Spanish tracks in my database, but I have enough.

The thing is, most of what I listen to has a much more American flair than true Spanish songs. Maybe because I like to still semi-understand what I’m listening to, considering I never took that language in school, preferring French, and when you have some English in there, you can sing it.  The thing about this type of music I listen to is that I can dance to it. (my kind of dancing which should never be seen in public) It’s got groove to it. And like any other kind of non-English song, it sounds way sexier in a foreign language. I have no clue what is being said, but it just sounds better, so it’s more fun. Non-Comprehensable = Sexy. Go figure.

I look for random songs that are fun to groove to and attempt to sing. Fonsi’s “Despacito” is sung way too fast for me to have a clue, even with lyrics, what is going on. It’s like they put it on fastplay to sing the song out, but it’s still fun.

Culturally, it’s probably not correct, but hey, I’m a white girl from NorCal. Sue me. It doesn’t hurt that Enrique is gorgeous. And has been. And probably always will be. And hey, he’s like Pitbull’s best bro, right? 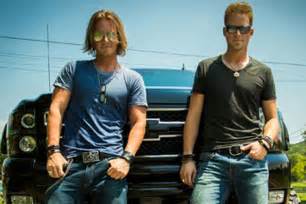 Country music was great up until about 5 years ago, though honestly, the best for me was the stuff of the 80s. Back when I really learned to like country music. You know, when the Judds were like everywhere.

But then this whole shift in country, thanks to the likes of Luke Bryan, FGL (Florida Georgia Line), Dierks Bently, and oh, Blake Shelton, kind of killed classic country. I mean, it was already starting to go the likes of more pop songs. Oh heck, country has been much more poppy for several years, but it was still doable. Now, well now it’s all about tight jeans, drinking, girls in said tight jeans drinking, summer nights, flatbeds of the truck and various other weird non country references.

Don’t get me wrong, I like the so-called ‘brocountry’. It’s a sexy genre that your daddy doesn’t like and you can feel a little bit sexy listening to, because honestly when a guy is crooning to shake your thang, it’s kind of fun. Besides, FGL inspired a whole novel of mine that I’ve been working on about a country (brocountry) singer. Hey, a girl has to take an idea and run with it, and if it happens to look like Tyler Hubbard, well so much the better.

I have a nice selection of Brocountry music to listen to, and yeah, while I love what I was grown on; Tricia Yearwood, Garth Brooks, Clint Black, Brooks and Dunn, and like I said, the Judds, I still have a semi-guilty pleasure of semi-bad country.

So, where do you stand on ‘brocountry’? Listen to it? Hate it? Secretly enjoy it? Psst, I won’t tell.  Share the details in the comments. Give Me Everything (Pitbull song) (Photo credit: Wikipedia)

People are always wondering what other’s have as a guilty pleasure. I can honestly say I have very few guilty pleasures as most of what I like I will share with you. Be it crazy dating shows or dancing shows, cartoons, cheesy films, etc. I don’t have guilt with any of them. But there is one guilty pleasure I have that I don’t mention much, especially to my family.

I love Pitbull. Not the dog, though I do love Cooper, a pitbull mix my friends have. (the dogs are adorable.) I’m talking the rapper. The crazy, arrogant, kind of sexy blue-eyed Cuban American rapper. I love his music, the sexy, overtly sexy music, the rhythm. So far, there hasn’t been a Pitbull song I don’t like. I have him on all my running playlists, I have sole playlists devoted to his music.

I first heard him on an Enrique Iglesias song several years ago, and from then on, I was

hooked. I don’t get some of his constant lyrics in a song…. what the heck does ‘dale’ mean? And thank you, Daniel, over on Daniel Is Funny blog, for referencing all the weird things Pitbull sings about. Yes, that would be an amazing drinking game, though I would be soused in two songs…. It’s that bad.  For those interested here is the Pitbull Song Bingo/Drinking Game

All joking aside, which is hard to do because I roll my eyes a lot when I listen to him, I still find myself sucked down into his world of rap that is so much more explicit than I would ever let a younger person listen to. I mean, just recently I fell in love with his “Greenlight” song and it’s gorgeous, in my opinion, but the lyrics make me cringe knowing I wouldn’t let my father know I love the song. Seriously, how much more explicit can you be about sex? But the beat makes me want to get up and dance and go dancing and salsa and cha-cha my way down the street.

Anyways, explicit lyrics are probably the reason I don’t tell people this guilty pleasure. Maddie…. knowing you are going to read this, possibly, don’t judge. Lol, (we are in the same writing group so I see her)  Anyways, does anyone else have a musical guilty pleasure?  Are you willing to share? Oh, I should add that Flo Rida is a bit of a guilty pleasure as well.