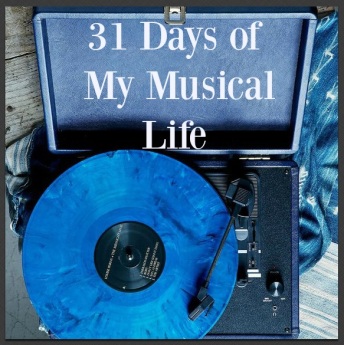 I’m going to attempt to write a post a day for the month of October, detailing my fascination and love of music.

Music is second only in my life to writing/reading (I group reading and writing together). In fact, I think music has enhanced my writing and reading life, which is what I hope to explain more as the month will go on. From how jazz has influenced my poetry, to how country songs convey romance and heartbreak. The poetry of music has played (no pun intended) a huge part in my writing life.

My parents introduced music into my life from the first I can remember. We were always asking for Mom to turn the radio on (me at about 2) when we were in the car. Records went on the minute my father was out the door and off to work in the morning. Music was part of being a Christian, from hymns at church to Christian children’s records as I was growing up. 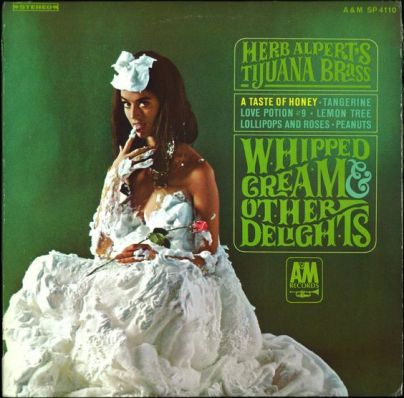 I grew up when records and vinyl records were still in fashion despite compact discs becoming more popular. I listened to records at my grandparents when they would babysit. The old records that were my father’s and uncles’. I first learned about Herb Alpert and the Tijuana Brass and that glorious woman in the whipped cream dress from my grandparents. How scandalous at the age of 6. I mean, she was a well endowed woman in a whipped cream dress!

Stereos and boomboxes of the 90s became my introduction into what I thought was pop music, but turned out to be late 70s classics and early 80s light rock. (Light Rock Less Talk, Sunny102 FM….. ah yes, I knew my station well. Right out of California’s central valley). These also made it possible for my first mix-tapes. Which eventually led to mix cds and now to mp3 playlists.

The delayed love of boy bands, slowly finding myself and what I really liked, mp3 players and online music. I have lived my life full of music. To this day I still consume music, always hunting for new things and having current fascinations that take me off on a tangent of styles. The rap years (which were few) the jazz period (current that has flabbergasted my family), the pop years, which have continued depending on how good the summer pop season is. If I had my druthers, I’d have music on all day long. My family would go nuts, but I would if I owned my own house. A perpetual shuffled playlist that went all day, yes, I would be quite happy with that.

So for the 31 days of October, you will get to live my life of music. I hope you enjoy, and I would love to have people’s (reader’s) likes and dislikes. Comment up the wazoo. On this post, on any post. Heck, every post. What kind of music do you like?