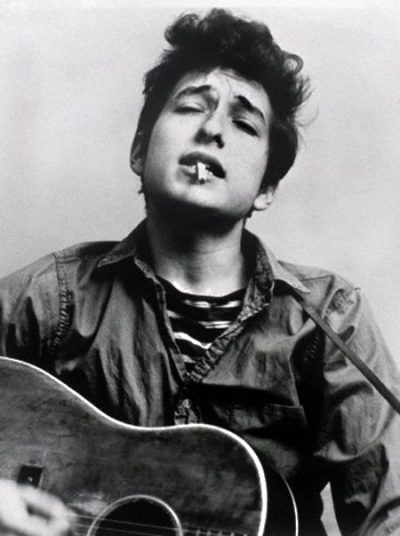 Recently I have taken to liking Bob Dylan and his music. Not all of it, but a select few. I find it funny since I used to inwardly scoff at his music. Possibly because he was popular during the Vietnam War. Why that should make any difference at all doesn’t make any sense since I particularly like music from the 60s and 70s. Maybe it’s because I can actually appreciate the story being told in one of his many songs, whereas before, I was more interested in the beat. I didn’t know how connected to stories in songs I would get over the years of writing.

The first song I remember being introduced to was ‘Lay, Lady, Lay‘, and at the time I didn’t even know it was Dylan. But I fell in love with it. Over the years I’ve slowly added to my small collection of his songs. The stories in all of them are magical and as a writer, I can appreciate the condensed tale told.  I actually wonder if contemporary folk music appeals to the writer in us due to the story being told? I can honestly say that country music that has a story, I do have to quantify it, appeals to me. I like songs without a story, in fact, most of what I listen to wouldn’t qualify as much of a story and more of a ‘feeling’.  But if I start really thinking about songs that grab and hold me, they tell a story.

Thinking about Bob Dylan always reminds me of something I read in Poemcrazy where Susan Wooldridge was talking about him carrying around an armload of words. Turns out, it wasn’t Bob Dylan she was talking about, but Dylan Thomas, the poet. While I have a book of his poetry, I’m not as familiar with his works, so somehow I thought it was  Bob Dylan. While I had the person wrong, I still picture Bob Dylan carrying around armloads of words, racing to get to his black typewriter, up winding stairs in a small garret at an Irish inn on dreary, wet Irish days.

The actual quote about Dylan Thomas from Poemcrazy is as follows:

Dylan Thomas loved the words he heard and saw around him in Wales. “When I experience anything,” he once said, “I experience it as a thing and a word at the same time, both equally amazing.” Writing one ballad, he said, was like carrying around an armload of words to a table upstairs and wondering if he’d get there in time.

My image is certainly fanciful at best in regards to Bob Dylan. Who knows if he used a typewriter or wrote his music in Ireland.  I know I’m probably completely wrong, but if you listen to his words you feel the lyrical quality, and I can’t help but imagine the songwriter is this way. In Ireland. Go figure.

I carry boatloads of words in my head constantly. I have lost countless poems or starts of poems by not having paper at hand when I need it. I have a small pocket journal I have just for this reason, but like my camera when I don’t have it I need it and when I do have it I don’t need it, my writing is the same way. I never write when I have paper at hand. I write when I am scrambling frantically for any scrap piece of paper at hand. Netflix flyers, bill envelopes, receipts, margins of something and various other odd places. I have a folder/envelope of scraps of paper with the starts of poems. I have been meaning to transcribe them onto a document, or into one notebook, but I have yet to sit down and do anything with it. The question of, ‘Will I ever really use that and do I need to compile it all down?’ frequently hits my mind.

There is a panic that starts when I can’t find paper. I try to repeat the lines over and over in my head in the hopes that I will remember it for the next five minutes till I find paper, but inevitably I am asked a question, interrupted or just don’t have a moment to grab a paper and pencil.  It’s aggravating like that itch you can’t scratch. Knowing that the lines were just there. If only there was a way to scoop all those words up in a bucket that holds onto them until you can come back to collect them.

I try to make sure I keep a notebook, journal or index card with me whenever I go out. Of course, because I have that ready, I rarely write out in public.

In no particular order, Bob Dylan songs I currently love are, Lay, Lady, Lay, The Girl From The North Country, Mr. Tamborine Man, To Fall in Love With You, and Shelter From The Storm.

My one Dylan Thomas poem I currently keep rereading due to a friend’s young wife having cancer and is recovering from a stroke, is Do Not Go Gentle into That Good Night.