It’s that time of year when it happens.  I start feeling all nostalgic and Jane Austeny.  The last day of August and the first day of actually feeling fall in the air.  Today it barely got to 85.  It’s rather a nice switch from the heat, even though I’m still wanting heat.

There is something about late summer, when the grasses have dried and there is a sweet coolness in the breeze. It makes me think of September.  Pumpkins and sunflowers.  Crisp nights where the sky is so clear the stars are perfect.

And it makes me feel like watching a Jane Austen movie, or reading a book of hers. (not that I’ve actually ever finished more than one.  I really need to finish S&S that I started with Mrs. Austen)  I think of gingham and chinz, flowered fabrics and pretty nosegays here and there.  I feel like having Victorian papers scattered on my wall. Of pearls and lace.  Anything pink will do.

I’m reading Martha Stewart Livings, deciding if I really want to attempt some new project.  Some new thing that will take up space in my room because I never seem to complete anything. I still have fabric from my tomato pincushion phase that started in the winter.  (side note, they are cute, but I just don’t seem to want to sit down and sew!)

I want to play with dried lavender, even though I don’t want to make any lavender wands this year.  Crochet, tat, KNIT, and I don’t knit.  Gah, could I get any more girly?!

The other time of year I feel like this is spring.  So very British-esque with the rain and sun.  But since spring is a long ways off, late summer will do.

I’ve been listening to a BBC version of Emma on cd.  I love it.  I love Mr. Knightly, and even though Emma is misguided, I love her.  I like to think we would be the best of friends, though I doubt she would like my choices in men, and she doesn’t read nearly enough to what I like to read.  I’d probably be much more inclined to like Elizabeth Bennett.

All of this is fairly moot.  Pretty much all I’m saying is I feel very Austen-ish.  The weather is conducive to my state of mind and I don’t mind indulging myself in such things.  I am quite happy admitting I’m a girl and a real girly girl.

So lace, pink, pearls, fountain pen inks, flowers, teapots, and tea parties, bring it on.  I’m here immersing myself in it.

I’m afraid I’m not a very good blogger.  Most of you who subscribed this year were probably hoping I’d blog more.  I seem to be quite terrible at writing anything terribly exciting, at any normal time.  Just about every other blogger I follow myself, seems to post around the same time each day.  With me, you are lucky if you ever know when I am going to post within a given week.  Granted, you all know that you will get something once a week due to my commitment to Post Once A Week.

But other than that, you might get something interesting, a real post, or it might be me spitting out some poetry.   Hopefully it hasn’t been too annoying.  I know that I’ve followed some that  I’ve never seen a new post since.  Sometimes it bothers me, and other times I’m kind of thankful due to how many blogs I read on a given day.

Now, I don’t want any reassurances.  I’m just letting you all know that I appreciate the fact that you’ve decided to follow me, even though I don’t regularly post.

That being said, I’ve been spending the week working on writing and staying cool.  The part of California I’m in has been a bit hot.  I had plans to post on the D.C. earthquake, but I figure after Irene, I shouldn’t do any harassing of those East Coasters.  You’ve all had a bit of a run this past week.  I did think aspects of the quake, and because I’m a born and raised CA girl, were somewhat funny, but again, I won’t be mean.

Hopefully the mess from Irene will be cleaned up quickly and let’s hope no more big storms hit the east coast.

I’ve had this song playing in my head since last night when I just had to hear my Michael Buble cd, It’s Time.   I always love this song, and as I was feeling perky due to writing a story, it was even better.  It should be my theme song when I finish something.

Again, I’m not very inspired, so I thought I would showcase some of my favorite blogs.  These are ones I love to read and look forward to the notice in my inbox.

A Minute For Minute  :  This guy reblogs some of the greatest, fun pictures ever.  I love looking at them.  They are inspiring, fun, quirky.  And the comments he makes for them really make me laugh or totally agree.

Albert Berg’s Unsanity Files  :  What can I say about Albert Berg?  He is a crazy, post-apocalyptic writer/author who has a great sense of humor.  Spouting of some strange images that make my stomach turn, to giving some great writing advice, I’m so glad I found this guy.  Plus, through him, I’ve found some other amazing writer’s blogs.

The Hack Novelist  :  Now, Hack has a brilliant sense of humor.  Unfortunately, due to his daily blogging (though he’s slowed down a bit)  I have about two months of backlogged in my email.  However, he has posted some brilliant advice and as he is a current writer, I am always interested in what he has to say. 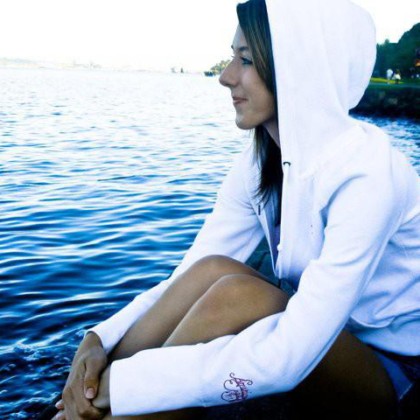 Jaclyn Rae’s Blog  :  Need a spot of brightness?  Need to see something utterly girly?  Visit her blog.  Inspiring words, pictures and quotes seem to be her theme.  Along with anything pink, hearts, cupcakes, lace, girl, and more girl.  She reblogs some of the best girly pictures ever.  Me who has never been a huge pink fan, wants to dive right into every thing frilly when I see the pictures.  Every girl/woman should pop over to her site.

I hope you all will check these great blogs out.

If we shadows have offended,
Think but this, and all is mended,
That you have but slumbered here
While these visions did appear.

I know this is a sad post in comparison to what I normally write, but I am completely uninspired at the moment.  I found this enchanting picture on We Heart It, a website of all things heart, girly and inspiring.  The quote is of course from one of The Bard’s best plays, and as it is midsummer….

He was such a badass.  Or so he liked to portray.  He had intricate tribal tattoos inked up his forearm and there were a few in other places that while they did see the light of day, it was usually when he was in bed with a woman.  A motorcycle was his choice of transportation and he tended to live nights of clubbing and smoking way too many Marlboros.

Yeah, he was a true bad boy.

Unless he was around  Roscoe.  Then he became the sweetest guy in the world.  Roscoe the french bulldog.  Gloria’s little baby.  He wouldn’t get two steps in Gloria’s door before Roscoe was clambering to be held.  And he always gave in.

Those looks would always worry him, but he couldn’t resist that face on the dog.

So what if in fact he was a cream puff nice guy.  No one but Roscoe needed to know that.

I couldnt’ resist an idea when I saw this picture.  It is beyond beyond freaking cute.

they disappear into unknown

getting into your clothes

niggling at the brain

thoughts have a mind of their own

impossible to hold onto

they come back to haunt

creeping and sneaking up behind you

jumping out of nowhere

but there is a lingering reminder

knowing that the thought was once there

I woke with just two lines out of this poem, and I’ve been puttering away at it all day.  I had no clue it would turn out so pretty.  Enjoy

© Katie Lyn Branson and Kate’s Bookshelf, 2009-2011. Unauthorized use and/or duplication of this material without express and written permission from this blog’s author and/or owner is strictly prohibited. Excerpts and links may be used, provided that full and clear credit is given toKatie Lyn Branson and Kate’s Bookshelf with appropriate and specific direction to the original content.

There are some things that in this modern age that should not be created, or are just plain insane.  The Grand Canyon Skywalk is one of those things.

This is insanity people.  It probably doesn’t help that I have this Acrophobia thing going on.  (that’s the fear of heights)

Open a door to what

May or may not be

The way you want to

Your soul crying to

Okay, possibly it was because I was reading Poemcrazy, but I flipped open to a section on writing about loaded words. I’ve read this part a couple of times but was never able to get anywhere.  Last night one word in the exercise, ‘begin’, started me thinking and this little free form thing came out.  I’m not sure it will make sense to anyone else, but I like it.

© Katie Lyn Branson and Kate’s Bookshelf, 2009-2011. Unauthorized use and/or duplication of this material without express and written permission from this blog’s author and/or owner is strictly prohibited. Excerpts and links may be used, provided that full and clear credit is given toKatie Lyn Branson and Kate’s Bookshelf with appropriate and specific direction to the original content